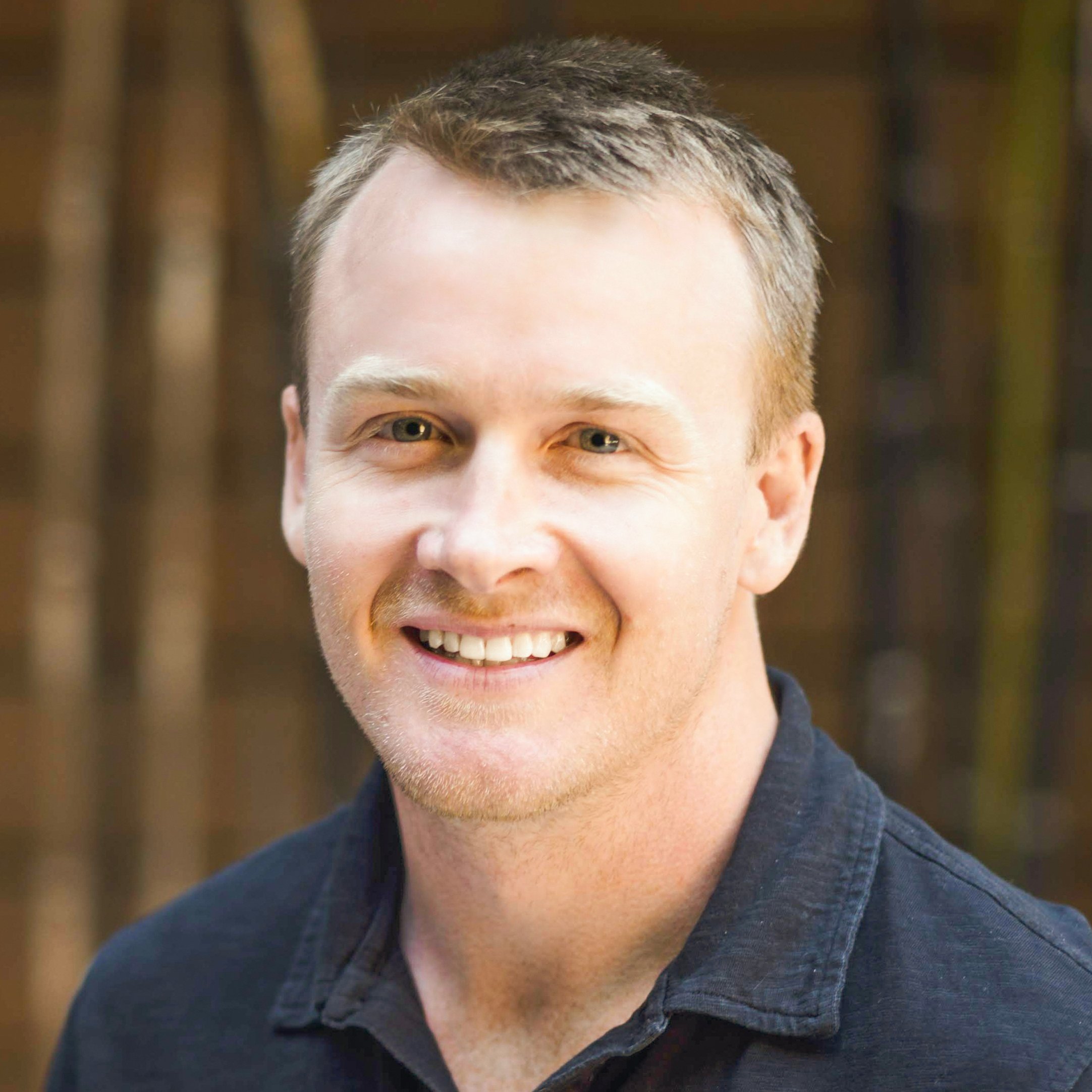 Modernizing manufacturing has the potential to dramatically transform the way things are built, but it can be difficult to fully comprehend where to start and what improvements will deliver the biggest return on investment (ROI). Freedom Robotics has refined our product in production with top automakers in the world to develop five Industry 4.0 capabilities to help improve manufacturing efficiency from day one.

With Freedom Robotics we collect data from all the industrial devices in a facility (robot arms, mobile robots, conveyor belts, sensors, actuators etc.) and monitor that data for faults. If any of the data exceeds set limits, an alert containing all critical data is sent to your team (via Slack, PagerDuty, IFTTT, Text, email or even via radio). The Freedom Robotics platform is very flexible. It can alert your team in real time, complete with the important context that operators need in order to know how to best resolve the issue. 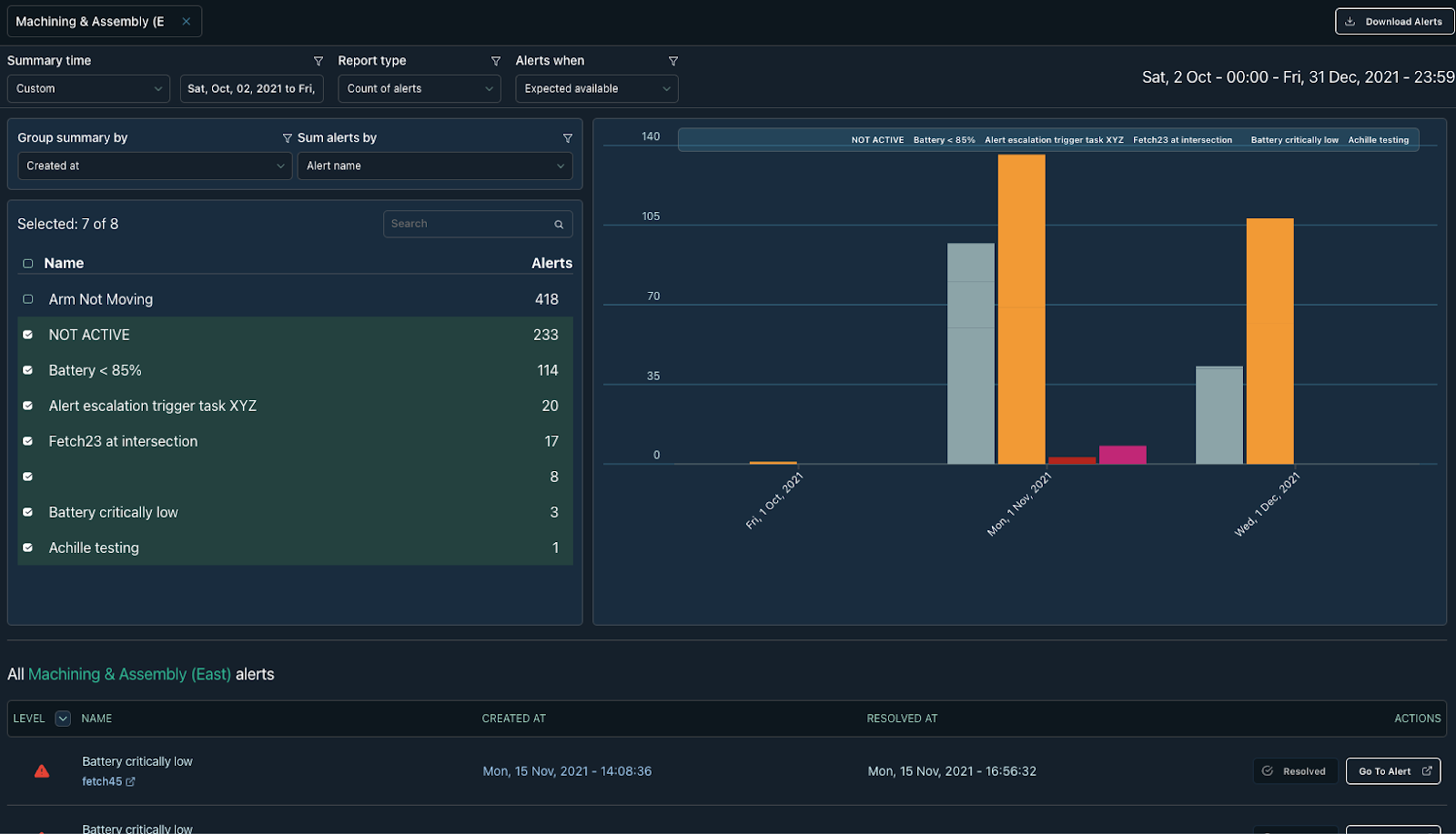 Example: A joint in a robot arm on the production line is failing. This will result in the power consumed by the joint increasing beyond the set limits. Freedom Robotics software can detect that the power consumed has exceeded limits and will trigger/send a Smart Alert to the maintenance team. They can then look through the historical data from that joint, see that the power consumed has been slowly increasing over time, and identify that a catastrophic failure is imminent. This allows the team to schedule maintenance on that robot arm during the next scheduled downtime, thereby avoiding the unexpected failure of a critical component during production.

2. Single Pane of Glass to Manage All Automation Equipment

Modern manufacturing plants rely on robots from multiple different vendors, and as a result, many different fleet management systems. This leads to having large teams of people monitoring multiple fleet management services and expending a large amount of human resources to locate, track, and ensure that all robots and automation equipment are running efficiently. This results in increased costs for training new employees and oftentimes know-how becomes siloed in individuals who become resident experts in one of the platforms, creating needless dependencies on single employees.

Freedom Robotics software ingests data from all devices and OEM-specific fleet management software, providing a single pane of glass in which you can monitor, manage, automate, and map the location of every piece of equipment in your facility. 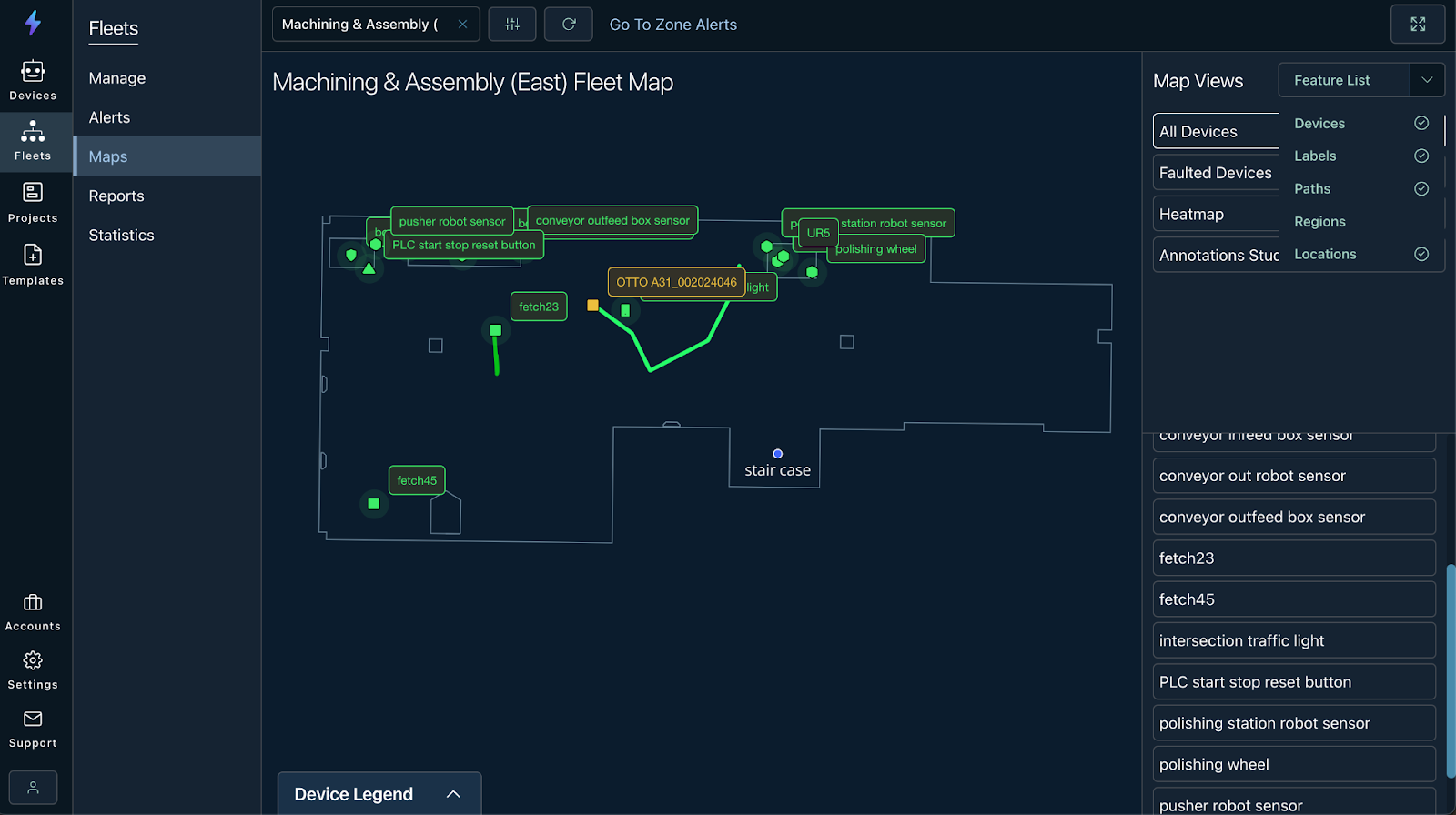 Example: A sensor at the windshield install station in a factory detects that there is a low supply of windshields ready to be installed. This triggers a Smart Alert which is sent to the operations team. The operators look at the Freedom platform, and can instantly confirm there is a shortage of windshields reported by a sensor. They can then look at the map and see there are two Autonomous Guided Vehicles (AGVs) carrying more windshields that are being blocked. They can also see that a forklift is blocking their path. The operators get on the radio and direct the forklift operator to move out of the way long enough to let the Autonomous Guided Vehicles pass. Freedom Robotics software provides a single pane of glass, birds eye view of the entire facility, giving operators unprecedented situational awareness. This enables a smaller team of operators to keep more automation equipment running at a higher efficiency.

Understanding failure points in manufacturing is critical to the success of an operation, as downtime has such a high cost. Getting an end-to-end view of the intricacies of an issue or failure can be difficult, and without it you may not be able to implement a full solution to prevent it from happening again.

Freedom Robotics automatically provides end-to-end insights into these failures, by recording data from all your industrial equipment and providing a full forensic data trail for any incident. This enables engineers to fully understand the underlying cause of failures and implement rock solid solutions. 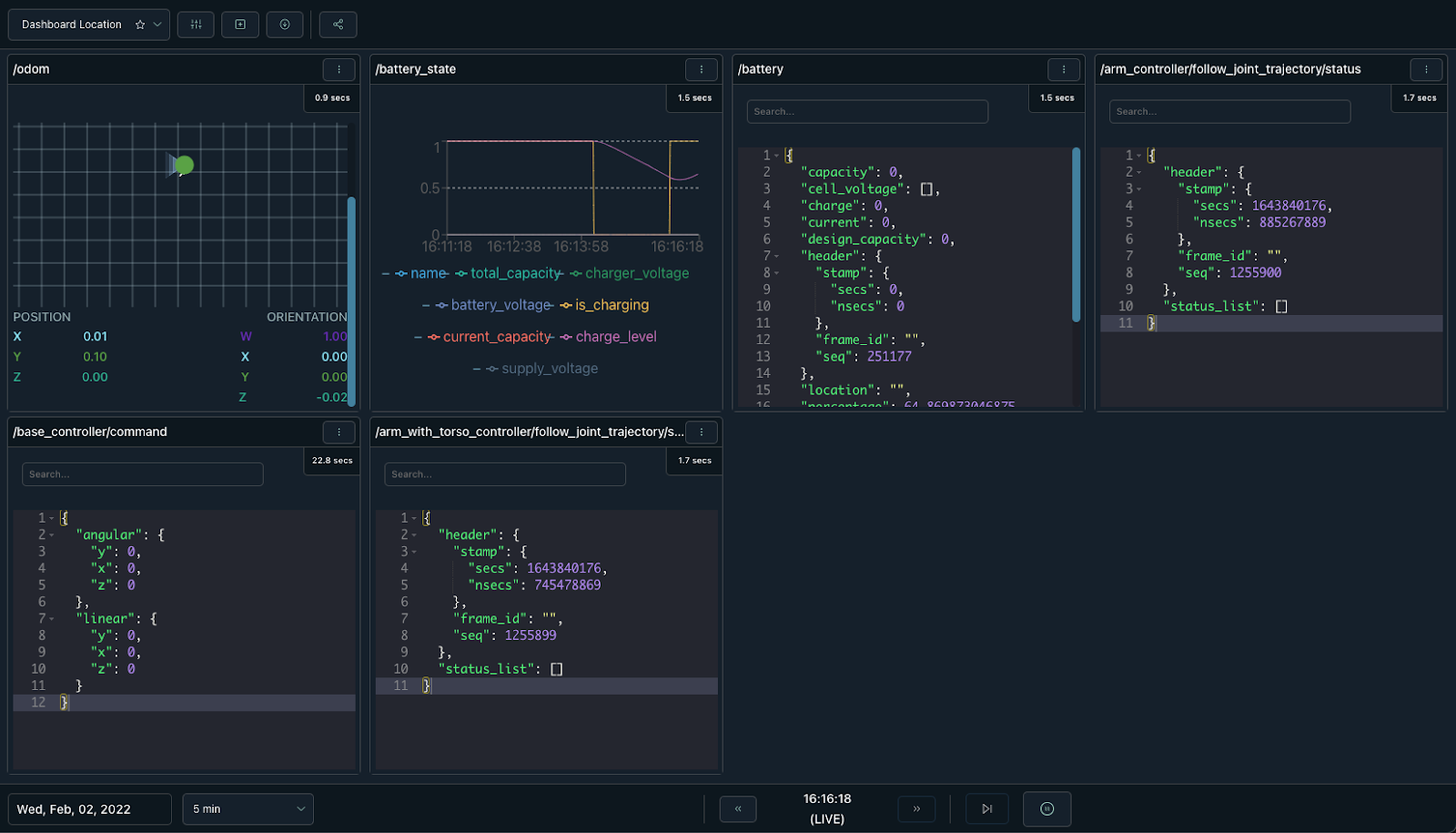 Example: An Autonomous Mobile Robot (AMR) failed a delivery mission. A Smart Alert came through and the failed mission was cleared and retasked, but no one knew why the mission failed. When looking through the data trail you could clearly see that when the AMR was trying to dock into the Pick & Drop (P&D) stand, an obstacle was inside the AMRs safety field set. The AMR timed out on the mission trying to make the delivery. At some point, a box from a nearby conveyor had fallen into the Safety field and was picked up and not reported, but because engineers could review the data trail, they were able to determine the root cause. An additional wall was installed on a nearby conveyor to prevent boxes from falling near the P&D stand in the future.

Investing in automation requires massive amounts of upfront capital. You invest X dollars into a facility that can produce Y amount of goods at a cost of Z. The dream is to find tweaks to your factory that allow you to produce more at the same cost (or less).

Freedom Robotics software can help you find those adjustments, and in turn help lower production costs dramatically. One particularly useful tool to optimize your environment is the ability to build heatmaps. You can select an error type or device type and build a heat map over your entire facility to see where issues occur the most.

Example: An AMR is not making as many deliveries as expected. In order to find the highest concentration of Smart Alerts, you look at a heat map of where the robot’s path is being blocked. You can see that the robot’s path intersects with high traffic to and from the cafeteria. During lunch hours, there are more alerts for a blocked robot than you would have expected. So many in fact that the robot is not moving enough goods during those hours. This data gives you the insight to have the robot take a slightly longer route during lunch hours to avoid the human traffic during that time frame.

Generating real world statistics from generic automation equipment can be close to impossible and often requires having a data analyst on staff.

Freedom Robotics software has easy out-of-the-box statistics that can generate useful insights immediately. We also have the ability to set up custom statistics so you can track anything you want in a factory. 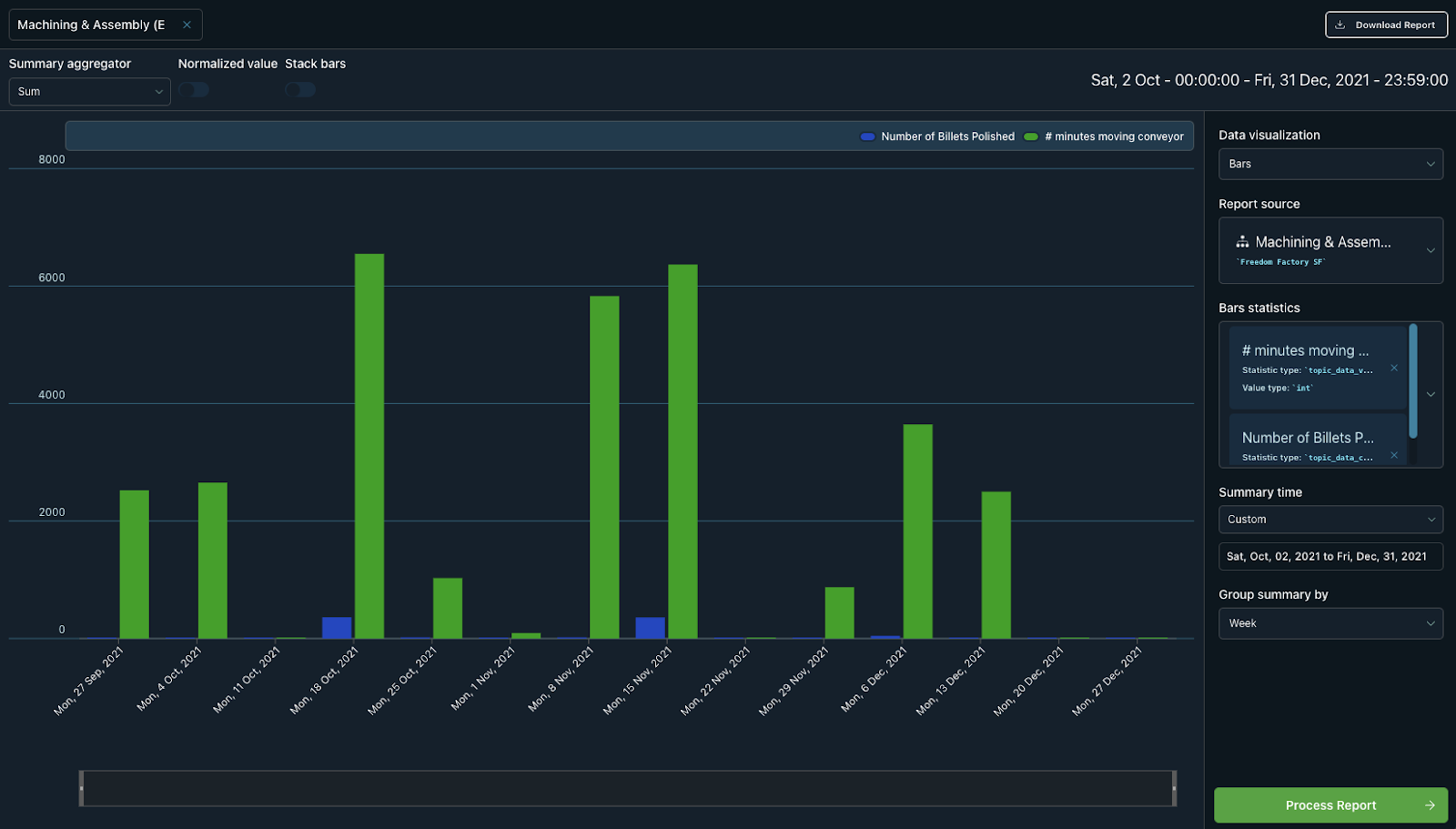 Example: A factory was having a very hard time keeping enough qualified forklift drivers on staff. They looked into replacing them entirely with new AMRs, but when looking into the utilization percentage of the AMRs that were already in use, it was clear that the facility could repurpose some of the existing AMRs to help supplement the forklift drivers and still fulfill the deliveries originally expected from AMRs. Without the insight into the AMRs utilization percentage, it would not have been clear if some of them could be used to supplement critical shortages in other areas of the factory.